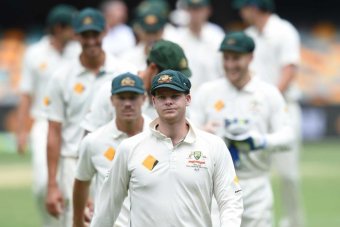 Posted at 04:38h in leadership, Sport, Uncategorized by Ian Pamensky

“To Lead is to serve” – Rabbi Noam Sendor

For a while I have wanted to post a few leadership related quotes, but over the holiday period, I was not motivated to do a Blog.

So, with the start of a new year, I thought I must get back into the swing of things.

I noticed a very interesting statement from King Solomon in the Book of Proverbs (6:6-8): “Go to the ant, you lazy one; see her ways and become wise, for she has no chief, overseer, or ruler; yet she prepares her bread in the summer; she gathers her food in the harvest.” This indicates that ants do not have any leader, ruler or king in their social structure.

Do we need leaders?

Over the last year or so there has been a lot that has happened in the World of Cricket, so I  instead of trying to profess to be an expert in leadership, I have decided to share a few good quotes I have found relating to cricket and leadership. 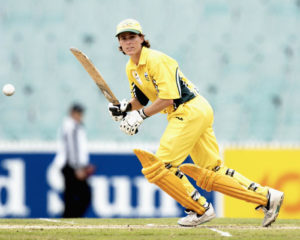 23 Feb 2002: Belinda Clark #1 of Australia hits one away for a single during the Battle for the Rose Bowl one day Women’s international between the Australian Southern Stars and the New Zealand White Ferns, played at the Mcg, Melbourne, Australia. DIGITAL IMAGE. Mandatory Credit: Robert Cianflone/Getty Images

Former cricketer Belinda Clark has always led from the front, with her actions and her bat, through a magnificent on-field career. She is interested in and passionate about leadership and further developing her own style in her innings now as an executive[1].

“It’s been a really big learning curve for me,” Clark says. “Leading on the field in a sporting context is one thing, you’ve got 12-13 players, support staff you’re communicating with, you’ve got a clear understanding of what you’re trying to do and that’s win the match and develop people and make sure everyone’s comfortable and happy.

“Leading a function of Australian cricket is more complex than that. Working with states and territories to make sure we’re all aligned and feeling connected to the community that we’re serving is also a challenge.”

“The fascinating thing about boards is the strategic platform that they operate in,” Clark says. “When you’re operating at management level, or within the business, you look at things a certain way and when you get exposed to the work of boards, it really does provide an alternate perspective around governance and around strategy.

“You come across some amazing people with amazing skills and the way they think about problems is what I get out of it. I really learn a lot from being around people like that.

“Day to day, I learn a lot from my peers from a management and leadership point of view but sitting around a table and listening to other people’s perspectives is really exciting and invigorating. I believe you learn by doing.”

In a recent article[2] about Sri Lankan cricket, it was mentioned that Sri Lankan all-rounder Thisara Perera had written a letter to the Sri Lankan cricket chief raising questions about leadership. Perera said that you cannot play in a team where there is friction and went on to say “The leadership’s role is to create stability and unity.”

In 2017, before the ball tampering fiasco, former Coach Darren Lehmann talking about Steve Smith says[3] “…his leadership skills might also see him emerge as one of the nation’s great modern Test captains.” 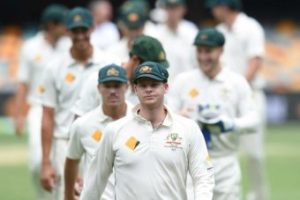 In the aftermath of the Australian ball tampering fiasco, there have been a few interesting quotes that do not shine a very bright light on Smith’s leadership skills.

Steve Smith confirmed that he turned a blind eye to David Warner and Cameron Bancroft discussing a plan to ball tamper in the Newlands change rooms. “In the room I walked past something and had the opportunity to stop it and I didn’t do it and that was my leadership failure. It was a potential for something to happen. It went out and happened on the field. I had the opportunity to stop it rather than say I didn’t want to know anything about it. That was my failure of leadership for that and I have taken responsibility for that.”[4]

As a leader you need to know when to step in and make the correct decisions. In an article by Dom Knight[5], he quotes that Steve Smith told Fox Sports that he should have asked himself “if this goes pear-shaped, how’s this going to look?”

Dom goes onto to criticise Cricket Australia and their leadership. He says that Smith’s revelations about the team management telling players they were paid to win were interesting, because Cricket Australia seems not to realise that it’s in the doghouse as well. All its hype about the awesome “summer of cricket” fails to acknowledge that this is a mediocre summer by comparison, and it’s partly to blame.

So, where’s Cricket Australia’s year-long penalty? Why hasn’t it made one of the days of each Test free to say sorry for its mismanagement? Why isn’t the chief executive apologising at every home Test match, …

To end I noticed a nice thought on leadership from Rabbi Marc Angel[6], titled Lions and Laggards. He says “all of us face crises in life. All of us confront problems. Many find themselves unable to take responsibility, to make necessary sacrifices, to act with courage. Many have various talents-and yet they allow themselves to be silenced in the face of challenge. We need to learn from the example of others. We need to understand that leadership requires clarity of thought, unshakeable commitment to what’s right, and a lion’s courage to take action. We must be lions, not laggards[7].”

[7] a person who makes slow progress and falls behind others.